BOONVILLE, Mo. – Fishing for catfish on the Missouri River in July, Gary Hoskins, his daughter and son-in-law found themselves in the middle of a spectacular show.

“Just as we started up the Lamine River, my daughter said, “Look at all the lightning bugs,'” said Hoskins, who lives in nearby Nelson, Mo. “She said, “It looks like Christmas in July.'”

As Hoskins turned to his left, a 30-pound silver carp shot out of the river and struck him on the right side of his face, then fell to the boat floor. The blow knocked a molar from his mouth and the fish’s fin sliced his arm.

Downriver near Hartsburg, Vivian Nichols had a similar encounter. She and her husband, Edwin, were circling their boat through the quiet waters behind a wing dike, when a silver carp leaped from the river and whacked her on the nose, breaking it.

While her husband and a friend scrambled to corral the fish, Vivian lay across a center console, blood streaming from her nose.

“They didn’t realize I had been hurt,” she said. “They were talking and saying, ‘I can’t believe this fish jumped into the boat.’ I’m going, ‘Hey, guys!’ “

“I thought it was the fish’s blood,” Edwin Nichols said.

Life on the Missouri River has changed a lot recently, thanks to the huge Asian carp that have invaded seemingly every bay and inlet of the river’s watershed. The fish – the ugly bighead carp and the frenzied, leaping silver carp – have made it all the way up the Missouri to South Dakota and are threatening Minnesota via the Mississippi River.

Their potential impact in Minnesota, where sport fishing is a $2.5 billion industry, could be enormous. With four major river systems and almost 12,000 lakes, the state has 750,000 registered boats, more per capita than anywhere else in the United States. Only three states have more licensed anglers.

On the Missouri and its tributaries, people now think twice about taking a spin in their personal watercraft. They avoid fishing by themselves at night. They watch their speed as they head along the river. They’ve even constructed barriers, or carp guards, on their boats, all to avoid injury from silver carp, which become so disturbed by engine noise that, without warning, they leap 6 to 10 feet into the air, often landing in boats.

“We thought it used to be funny,” said Nichols, a part-time commercial fisherman from Hartsburg. “But it ain’t funny anymore.”

Imported from Asia in the early 1970s by Southern aquaculture farmers to consume unwanted plant growth in ponds, silver and bighead carp later escaped or were released into the wild, where they have flourished, moving up major rivers and tributaries over the past two decades.

Bighead carp can tip the scales at more than 100 pounds, with silver carp typically a bit smaller. Voracious eaters, they consume zooplankton and phytoplankton, tiny organisms at the base of the aquatic food chain, more efficiently than do native bigmouth buffalo and sturgeon. Other native larval fish and mussels also need that plankton.

In addition, they produce huge quantities of eggs. “A 50-pounder we caught had a 5-gallon bucket of babies in it,” Edwin Nichols said.

Neither fish would win a beauty contest, but the bighead is particularly ugly, with a disproportionately large head and eyes set lower than the mouth, giving it an upside-down appearance. Both bleed easily, leaving the insides of boats a mess.

In the lee side of the Missouri’s many wing dikes, where they find protection from the swift current, they hang out in large numbers.

“There’s an awful lot of fish in there,” Duane Chapman, a fisheries biologist for the U.S. Geological Survey in nearby Columbia, observed at one of those areas on a recent outing to capture carp, gutting some for food samples and tagging others to learn more about their movements.

After setting long nets to close escape routes, Chapman whirled the boat around a confined area between the dike, a sandbar and the shore to chase fish into nets. Most passes produced at least one silver carp, leaping behind or alongside the boat. With loud bangs, they also slammed into the bottom of the hull. One landed in the boat.

In short order, the nets held almost three dozen fish, almost all of them 10- to 30-pound bighead and silver carp. Three buffalo and a shovelnose sturgeon were the only native fish caught.

Chapman said it is difficult to measure the ecological impact on the Missouri, the longest river in North America. But he said the numbers and size of the carp pose problems.

“Their impact on the environment is directly proportional to their biomass,” Chapman said. “And under the right kind of circumstances, they can reach enormous biomasses. Sometimes, when you have invaders, there’s a huge peak, then it drops after a while. We haven’t seen a sign like that with Asian carp, but it’s possible.”

In St. Paul, Jay Rendall, head of the Minnesota Department of Natural Resources’ exotics species program, has been warning about approaching Asian carp for years.

To get here, the fish have a straight shot north, interrupted only by a penetrable system of locks and dams.

They already are moving up the Illinois River, threatening the Great Lakes, with only an electrical barrier near Chicago standing in their way. Last month, a 23-pound bighead carp was netted in Lake Pepin, 100 miles farther north than any previous discovery. Silver carp, which apparently got into the wild later than bighead carp, are believed to be still farther down the Mississippi.

Rendall and other state and federal fisheries specialists in the Midwest are desperately trying to come up with ways to hold the fish at bay. In the next few months, they’ll explore a variety of options, including electric or acoustic barriers on the Mississippi and chemical ways of tricking the fish.

If they get here, they could have a profound impact on Minnesota’s fishing and recreational industries, he said.

“Because they consume such a large amount of the food chain, they could dramatically reduce what is available for other species,” Rendall said. “The other big impact is on recreation. The impact of silver carp on water recreation could be dramatic. In the South, people are starting to not be very excited about going on the water when fish jump in their boats.”

A national task force has been meeting to devise a federal strategy and hopes to have a proposal ready by August.

The U.S. Fish and Wildlife Service, meanwhile, is entertaining proposals to place bighead and silver carp on a national list of injurious species, which would make it illegal to import them or move them across state lines without a permit, actions some have described as too little and too late.

“If we could wave a wand and get them out of the Mississippi, listing them might make sense,” said Mike Freeze, an Arkansas fish farmer and vice president of the National Aquaculture Association, a trade organization of 4,000 fish farms. “Without that, it just doesn’t.”

The agency also is considering similar actions against black carp, another Asian native and a mollusk-eating monster. Authorities do not believe any reproducing black carp exist in the wild.

The aquaculture industry wants to keep the option of moving sterile black carp across state lines and of shipping live bighead carp to fish markets.

“The silver will be the least controversial of the three,” predicted Kari Duncan, a U.S. Fish and Wildlife Service fisheries biologist.

What scientists like Chapman learn will play a crucial role in the effort to minimize the impact of the fish.

Chapman has been trying to determine precisely what they eat and how the diet changes during the year, whether baby fish make up any portion of the diet, what types of habitat the fish prefer, and their spawning patterns and habitat needs.

Eventually, he said, scientists may be able to generate chemical substances that carp use to transmit information, disrupting their normal patterns. Already, he believes bighead carp in Missouri move long distances up tributaries during the winter while silver carp prefer to remain in the river’s main channel.

As a rule, the carp are tough to net, according to Chapman. “They’re so darned net-shy,” he said. “They know what nets are and they avoid them.”

Spending as much time as he does on the Missouri, Chapman also has observed how people have changed their behavior.

“We don’t have the amount of recreation on the river that you guys (in Minnesota) do,” he said. “We don’t have as many impacts from Asian carp as you’d have. But everybody knows they are out there, silver carp in particular.

“Every boat you pass is doing something related to jumping fish. Some have homemade spears, lawn chairs they hide behind, or nets hanging out of the boat just to catch them out of the air. Everybody you see driving up the river is in some way dealing with these fish.”

On many of the tributaries, people used to zip around on personal watercraft. “You do not see that anymore,” Chapman said. ” If you use a tributary, you use them very slowly.”

In Missouri, the state encourages commercial and recreational anglers to catch and keep all the Asian carp they want.

“Asian carp are by far the most abundant fish in our part of the world,” Chapman said.

Fishing, commercial and recreational, may not provide the final answer, but it promises to cut down the numbers, reducing the impact of the fish.

At the Big River Fish Corp., in Pearl, Ill., Rick Smith said he wants all the Asian carp he can get. The company processes and sells the fish, which, until recently, have only appealed to ethnic Asian communities.

With each bout of publicity, however, Big River Fish and other processors are finding new markets for the fish, which Chapman and others describe as bony, but good and flaky. Recently, for example, the company sold 200,000 pounds to a Spirit Lake, Iowa, company, which has since put in another order.

Smith, Big River’s owner, has only been able to offer 10 cents a pound for the carp, well below what commercial fishermen need to make a decent living. But he said that could improve as demand increases.

Meanwhile, he said, the government should consider subsidizing commercial fishing, instead of spending millions of dollars on other efforts. In China, the carp are overfished, according to Chapman and Smith.

“If China can do it, we can do it,” Smith said. “We can take those fish out of the rivers, bring the numbers down.”

Without some sort of incentive, that won’t happen, according to Nichols, the Hartsburg fisherman.

He agreed that 10 cents a pound for carp is hardly worth the effort. The fish, he said, tear up expensive trammel nets, fish markets are too far away, and only about a quarter of the fish is salvageable as meat.

He and folks like Mike Rea, a man from O’Fallon, Mo., who was struck in the chest and knocked in the river by a silver carp while using a canoe to get to a hunting spot, have some advice for Minnesota and Wisconsin residents.

“You won’t want ’em,” said Nichols, who grew up in the small Missouri River town. “They’re filter eaters. They eat everything. And that affects all the other species. Nothing else has anything to eat. You’ll be sick of ’em.” 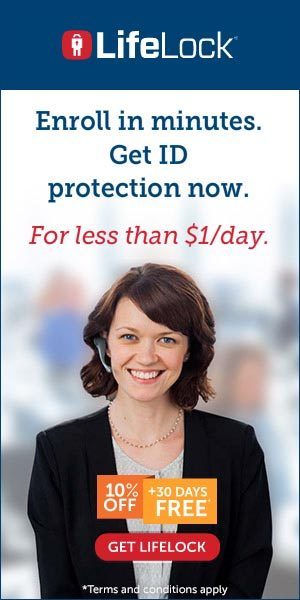